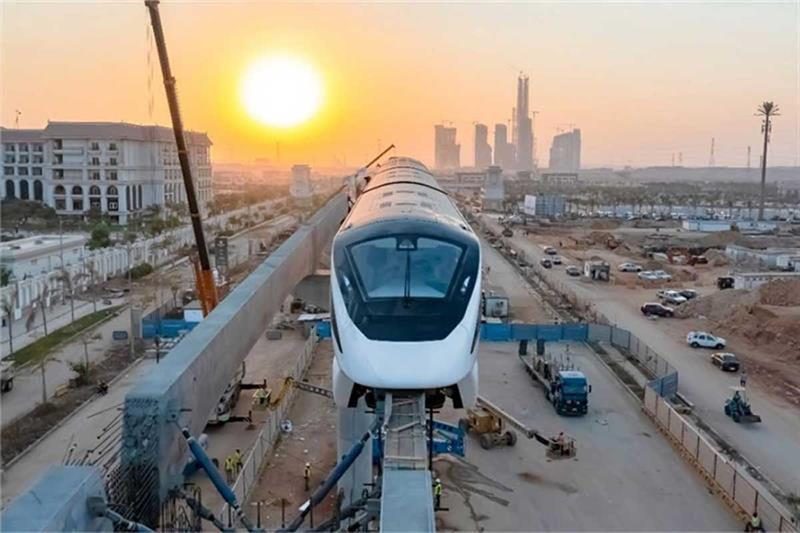 Multiple road closures due to construction have been witnessed across Cairo over the past few months, with New Cairo taking the most recent hit to its roads. With this, multiple complaints have surfaced regarding the congested roads caused by narrow lanes allowing room for construction to take place, making New Cairo’s previously wide and smooth-running streets resemble those in more congested areas of Cairo, such as Nasr City and Maadi. In addition, construction sites have led some areas in New Cairo to experience shortages of water and electricity for homes closer to the construction, further infuriating residents. However, we’re here to fill you in on what construction is taking place and why it’s actually for your greater benefit!

The General Administration of Cairo Traffic announced in August of 2019 that the department was taking on a project to build a new monorail system set to operate throughout Egypt at the start of 2023. This reflects the latest sector of government spending in Egypt and is meant to be a benevolent act curated to serve the Egyptian public. Before justifying how this public transportation system benefits you, we must first describe what it entails. The monorail project encompasses creating and operating two autonomous lines extending across 100km at a speed of 90km per hour. The West Nile Line, or the 6th of October line, will stretch from 6th of October to Downtown Cairo, while the East Nile Line, or the New Administrative Capital Line, will extend from the administrative capital to areas in New Cairo, Nasr City and beyond. So, technicalities aside, how does this benefit you? Get Anywhere You Need to in Egypt, Fast!

To begin, moving at such a rapid pace and covering over 34 stations, the new monorail lines will provide you with access to conveniently get anywhere you need to swiftly. This means no more waiting around for pricey Ubers to arrive or being stuck in traffic jams; the monorail system will have you covered! Above that, the monorail is set to replicate public transportation systems across Europe, ensuring a form of public transport that is accessible, reliable, affordable, and clean.

Cleaning Up and Expanding Cairo’s Roads

The construction of the monorail system and closure of public roads has provided construction workers with the opportunity to revamp Cairo’s main arteries. This has already been seen across areas of Egypt, such as the ring road, Corniche, and Mokattam, and will surely continue across New Cairo. The restructuring of these roads has included but not been limited to expanding them to relieve the pressure of traffic congestion and smoothing them to avert bumpy car rides and tire troubles to your vehicles. So, while it may serve as an annoyance now with multiple roadblocks and traffic jams, the construction of the monorail project will leave New Cairo’s Street 90 smoother and less polluted than ever before.

Opting for the convenient monorail lines for all your upcoming destination needs means fewer cars on the streets of Cairo (and Egypt). With fewer cars exhausting carbon dioxide into the air comes less pollution to the environment. So, alongside Egypt’s recent efforts to combat the climate crisis with other leading developed nations, such as through the upcoming international COP27 summit being held in Sharm El Sheikh and the global climate change movement ‘Liter of Life’ also making its way into Egypt, the monorail project is set to reduce emissions of greenhouse gasses emitted from car use and, thereby, help the climate.