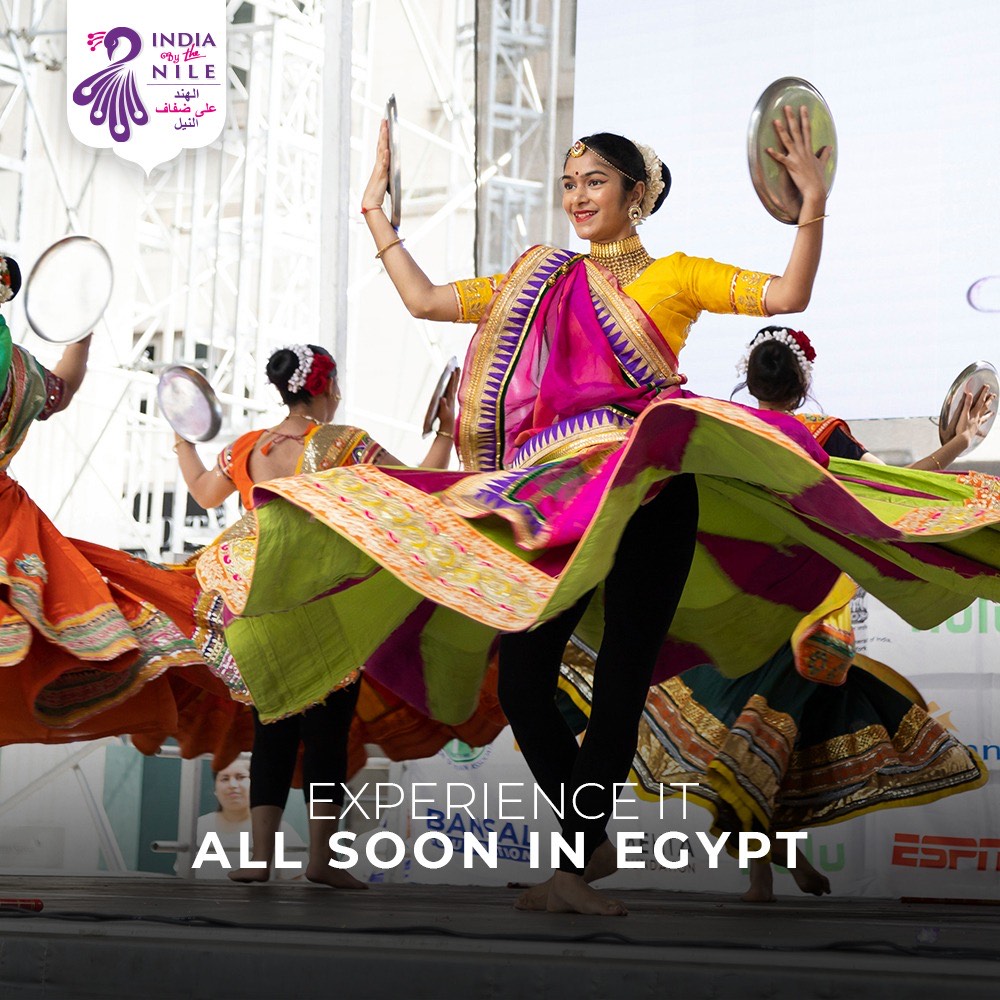 Two of the world’s most ancient civilisations, India and Egypt, have enjoyed a history of close contact since ancient times. More recently, the two nations also shared common goals of independence for their two countries. Remember Saad Zaghloul’s national cry for our independence that kick-started a remarkable movement in 1919? Around the same time, Mahatma Gandhi was doing the same for India!

Aside from history, Egypt and India have always had many cultural similarities and celebrations. Therefore, to mark 75 years of India’s Independence, the Embassy of India in Egypt & pioneering Indian curatorial & production company Teamwork Arts present India by the Nile in its 9th chapter!

This annual event will be held in Cairo as well as Alexandria. Considered as one of the biggest international festivals in Egypt, it provides attendees with a once-in-a-lifetime spectacle and taste of India’s most vibrant cultural traditions. Let us tell you all about it!

‘The Magic, The Music Bollywood Love Story: A Musical’, a Bollywood showcase directed by Sanjoy K. Roy & choreographed by Gilles Chuyen, is about a young man who travels to the big city in search of a bright future but ends up finding love and struggles to keep it. The act is a visually stunning choreographed show of gorgeous colours and exotic costumes. There are also spectacular fight sequences, tear-jerking romance, and love ballads that will keep you thrilled for the entirety. You will be a part of an authentic Bollywood drama, similar to what we have enjoyed on TV. The event will take place on the 18th and 19th of October in Cairo Opera House, with another show taking place in Dandy Mega Mall on the 21st of October. In Alexandria, the show will take place on the 15th and 16th at Sayed Darwish Theatre.

Reimagining stories and fables through The Nights

The Nights is a theatrical act, directed by Anurupa Roy, which revisits some of our classic stories, told by a petty thief driven by luck and love. An enslaved heroine is torn between her master and his mortal enemy, and a misanthrope is drawn into strange duplicity, where she is a princess/storyteller by night and her original self by day. This compelling act pulls us into the inner chamber of Scheherazade, the storyteller who must enchant her emperor and also captor, across the stretch of a thousand and one nights to escape his ruthless execution tradition. On the 10th of October, in the Small Hall of Cairo Opera House, we will witness Arabian/Indian Nights with a twist! If you’re in Alexandria, you can catch the same show at Anfoushy Cultural Palace on the 11th.