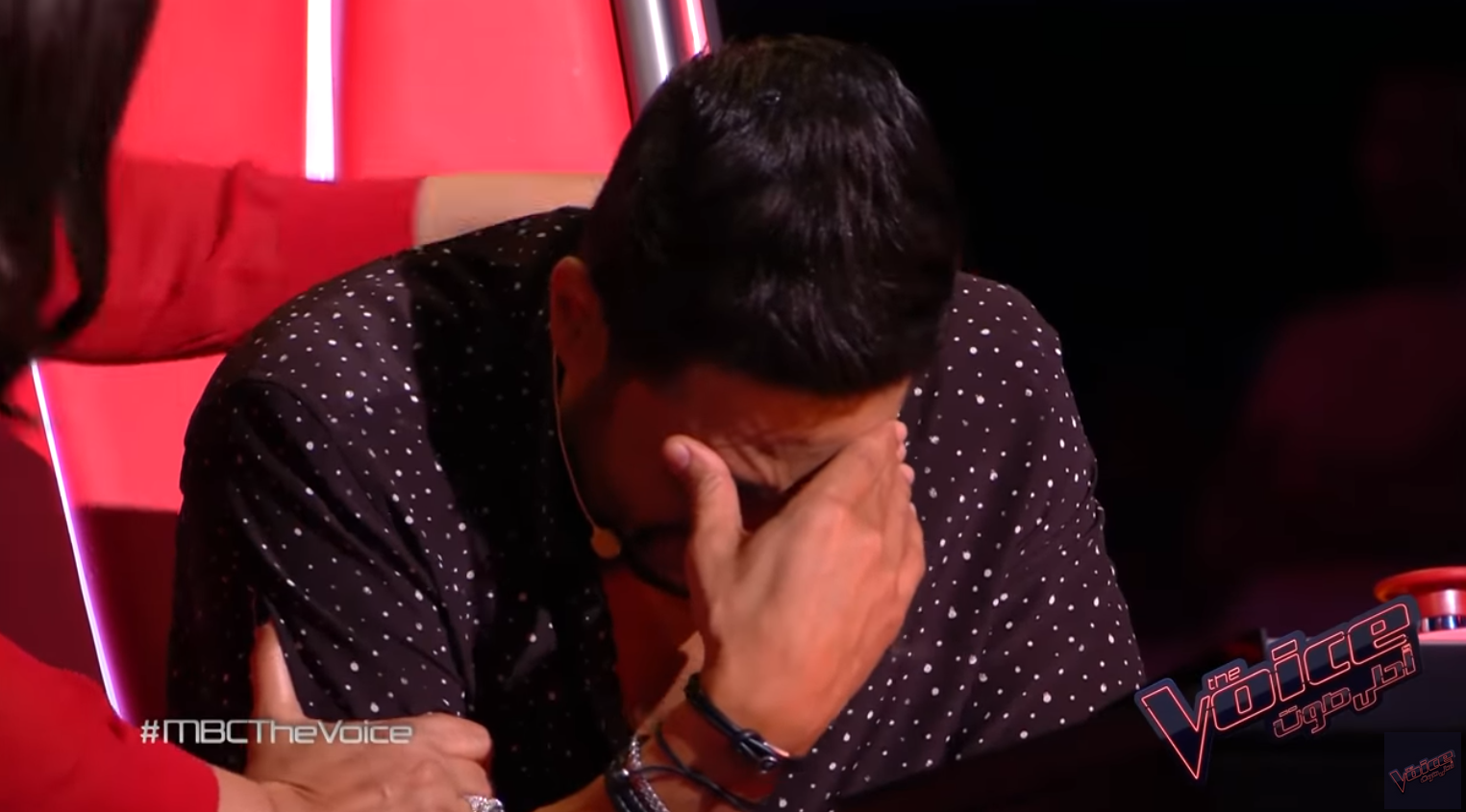 As the Moroccan The Voice contestant, Wiam Radwan, took to the stage a few days ago and started singing, her stunning voice brought Egyptian singer and judge, Mohamed Hamaki, to tears. The star could not contain himself when his ears heard Radwan’s remarkable voice. He even emphasised the fact that he’s never experienced such a feeling before.

After Hamaki pressed the button and found out that she was paralysed, he left his seat and sat next to Radwan on the floor. Seconds later, he began to cry, unable to process his emotions or gather his thoughts. And luckily for him, Wiam chose to be a part of his team, even though she gained all the judges’ approval.

Wiam insists on living a life that is no different from anyone else’s. She explained that music is her life and that she channels her illness into it to connect and get closer to people. She has never let her medical condition limit her to her bedroom; instead, she insists on not letting it be a barrier to living the life she desires. The talented singer went on, saying that music represents everything for her and that it makes her feel alive.

Radwan has no shame when it comes to her paralysis and ensures that her voice is the highlight of her success, rather than her illness. Even Hamaki seemed to agree when he told her, “There is nothing better than you or your voice in this world.” The megastar was so proud that he promised her he would offer her the support she needs to succeed.

This is what Wiam got for putting herself out there, even when her constraint was not just the fear of getting on stage, but also getting on stage in a wheelchair. After all, Wiam has taught us, through both her actions and hashtag, that #LifeIsAChallenge. She taught us that it’s about pushing through obstacles and coming out stronger. Wiam adapted to her circumstances; sure she had some bad days, but she keeps on persevering, and look where she is now!