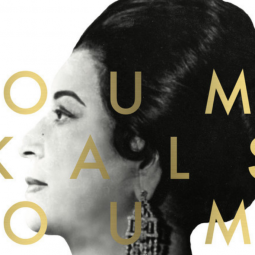 Any age, at any time, you probably love to listen to Oum Kalthoum because Kawkab El-Sharq is way great in every possibility and we love her for it. Songs and music, she never failed us and failed every generation before us that’s why she’s one of our favorites and if you aren’t familiar with her, check her songs in this article.

Some songs stick with us, whether they’re old songs or new ones, but there’s always that one artist that you always escape to when you need to pause your world and hold onto something that makes you feel good for even a second!

Oum Kalthoum might not be your favorite artist and she might not be on your daily playlist but we don’t think you don’t know ANYTHING about her or any of her songs which is why we can guarantee you know at least a couple of these beautiful, hypnotizing songs that take you to another universe. With this masterpiece of a song, from melodies to the instrumental parts to Oum Kalthoum’s mesmerising voice, you definitely know Enta Omry—released in February 1964 (its anniversary isn’t that far away) and composed by the wonderful Mohamed Abdel-Wahab who honestly is a whole other magical artist and now we surely understand why Enta Omry is so GOOD.

Released in 1960, Seret El-Hob is a one of a kind song composed by the mastermind Baleegh Hamdy—A song that gets you on that “I want to be in love and relate to this” but you don’t have to be in love to relate to this song because Oum Kalthoum can give you all those emotions with only her voice.

Released in 1969, a romantic melody that satisfies your soul and feeds it with the most amazing feeling you can ever imagine, a song that once you listen to, you don’t know if you want to get up and vibe to it and sway to its melodies or sit and have a coffee on your balcony while you listen to it…it give us chills.

You probably think its that song where El-Lemby sang in one of his movies and as much as we love Mohamed Saad but we can’t stay silent for longer…if you listen to the original Oum Kalthoum song you will perfectly understand and love the song how it should be loved—A LOT!

If you love the sound of the Oud you will OBSESS over this song because it gives us that one emotion that we aren’t really sure how to describe because it’s so warm and nice inside…it is an amazing bubbly song that will make you smile all the time you’re listening—lets be real, Oum Kalthuom’s band are beyond explanation and we lowkey listen to her songs not only because of her voice but also the band that leaves us speechless.