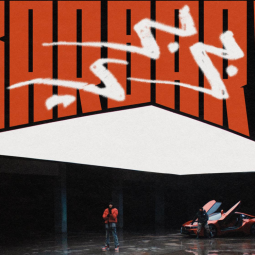 Marwan Pablo is back with a new single, “Barbary”, produced by the one and only Hady Moamer, so we know you’ve already been imagining how good this song is. However, we hate to burst your bubble because, while the music video is fantastic, the song itself isn’t mind-blowing. To know more about why we feel this way, check out the article!

After leaving us a whole year without any music, Marwan Pablo blessed us with Barbary, his recently released single that gained a million views in its first 13 hours! This song isn’t just about the music, though—we need to talk about the most important part, which is the music video!

First, let’s discuss the visuals and the music production

It was produced by producer Hady Moamer, AKA Jean Bleu, who collaborated with the legendary Drake in his album “Certified Lover Boy” and worked on J.Cole’s “Heaven’s EP”. He has also worked with other amazing international artists and even gained a Grammy nomination in the process!

This isn’t the first time he has worked with Pablo either. For the artist’s last EP, Moamer produced “Don”. And the music production isn’t the only thing that has us speechless over Barbary— with the track’s music video visuals, lightwork, and an underground garage location elevating it further. Everything about the music video’s aesthetic simply makes the song look sleek and cool.

Now, let’s discuss the song itself

Marwan Pablo’s music is always sickeningly cool, and we truly appreciate his work and love his videos. The artist doesn’t only give us great music, but he also makes bomb music videos, from visuals to the colours; they’re totally gorgeous every time.

The lyrics of “Barbary” aren’t as great as the music video is, though. Considering this is a mini-comeback, we thought Pablo would give us one of his fiery, dance-worthy songs, but this track didn’t give us anything different from what we usually expect of him. Instead, everything we really liked had to do with the video production.

Releasing a song while another one is already viral is such a challenge, isn’t it? We’re sure Pablo knows this because Wegz’s “El Bakht” has been topping the charts for just a couple of days, and, honestly, we think that adds to why the song doesn’t hit quite as hard. Egyptian fans everywhere (mostly on Twitter, though) agreed that this isn’t Pablo’s best, and some even feel disappointed after waiting so long—we understand them, though, because we think the same.