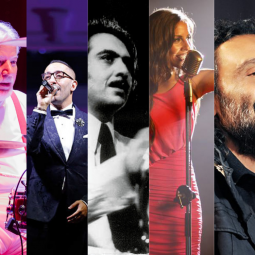 Jazz It Out In Egypt With These Egyptian Jazz Legends!

Jazz music is a way of life. It’s a mindset to free the soul from stress and worries, as it detaches you from the crazy, loud life around you. And, it doesn’t just exist in western culture, which helped us enjoy a little bit of Frank Sinatra or James Brown, but it also occurs in Egyptian culture too, and we have some great Egyptian jazz pioneers that you should know. Because of our own icons, we decided to list some of these legends for you.

We always hear jazz playing somewhere in Egypt, and we absolutely love the tunes and melodies of the instruments that make your body sway just the right way. But the songs we hear usually belong to the American pioneers of jazz, such as Frank Sinatra, Louis Armstrong, or Ella Fitzgerald, which we totally understand.

What might shock you, though, is that Egypt has some of the greatest jazz musicians in the history of jazz as well. And, we’re here to shout them out and give them the spotlight they deserve!

Ahmed Harfoush is a jazz entertainer and vocalist based in Cairo who moved to London to pursue his dream and bless the whole world with his music. He’s been playing internationally for over a decade now and created the Harfoush Jazz Band in 2015 in London by mixing Egyptian and American ‘50s and ‘60s music in his playlist.

Given the title “The Father Of Oriental Jazz”, Yehia Khalil founded the Cairo Jazz Quartet, AKA the first jazz band in Egyptian history, when he was only 13 –talk about a legend! Khalil was known for his amazing percussionist skills and earned international recognition for his talent and fusion of oriental and western melodies. The guy played with James Brown and Jimi Hendrix; of course he’s phenomenal!

Although Salah Ragab might not be an international talent, he is one of the greatest jazz musicians in Egypt. He was the first musician in Egypt to assemble a big orchestral band, being called the Cairo Jazz Band. Ragab performed all over Egypt’s biggest music arenas with the band—he even had an old music shop, which is considered legitimately historic!

A Grammy-winning artist (yes, you read that right), Fathy Salama was one of the very first Egyptian musicians to earn a Grammy Award for his instantly recognisable talent. To this day, he still tours the biggest and greatest jazz and world music festivals. So we don’t think you need further explanation with this one, right?

One of the most established Egyptian jazz singers and songwriters, Noha Fekry said that “jazz is about life and its freedom”. She also mentioned that her house was always filled with music, which perfectly explains why she’s so talented in what she does. Music is basically in her blood! The singer joined the Riff Band from 2008 until 2016, and later founded her own jazz band and released an album called A Conversation, which you should definitely check out.