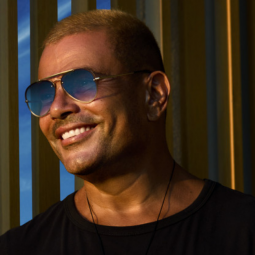 Curious To Know Which Amr Diab Song Describes Your Birth Year? You’re In The Right Place!

Whether you love Amr Diab or hate him, only one thing’s certain—the man knows how to create musical hits out of thin air! In fact, he’s been producing memorable, catchy hits for so long that we’ve almost lost count. So if you’re curious about which Amr Diab hit came out the year you were born, check the article to find out!

There’s no way anyone can deny that Amr Diab is an Egyptian living legend. He’s been around since the ‘80s, with everyone, old and young, listening to him and adoring his music! In fact, he’s left a significant mark on many Egyptians and continues to impress the younger generation.

Since Amr Diab has released a new album (almost) every year since 1990, we thought we’d tell you which hits came out the year you were born. Consider it some sort of new horoscope!

Ever since it was released in 1990, Mayal impacted Egyptian pop culture. We hear it at every single wedding and on the beach because it’s just a fun song. A classic for the first of the ‘90s babies! As the titular song of the movie Ice Cream Fi Gleam, this 1992 song is simply iconic. Everyone knew it by heart, and it played everywhere because it was just that cool. So be proud if that’s your birth year song! Dance-inducing and fun, Ya Omrena is one of Amr Diab’s greatest hits. And the best thing about it was its simplicity, in terms of lyrics and music—it truly made it stand out…just like 1993 babies! Although Zekrayat is a little too melancholic compared to the other songs on this list, we just had to pick it for 1994. Why? Because it’s a classic that everyone adores! You’re already singing the chorus, aren’t you? If you are, we certainly can’t blame you because Rag’een is incredibly catchy and had a fun music video as well. People born in 1995 have certainly won! With an all-white Mediterranean backdrop, Nour El Ein is easily one of Amr Diab’s most loved classics. And, honestly, we get it. So, if you were born in 1996, start bragging right now! Here’s something weird—Amr Diab released no new music in 1997, which might make 1997 babies a little upset. Don’t fret, however, because we picked an Amr Diab hit from 1998 for you. Ya Habibah is now yours, guys! A song that comes with its own dance and own mood, 1998’s ‘Awedony is one of Amr Diab’s great songs. Sure, the story behind the lyrics might be a little mournful, but the song itself is extremely catchy and memorable. Is this a song title or the perfect way to describe all those born in 1999? On a more serious note, though, Amareen is an essential Amr Diab classic that we can’t imagine life without. If you were born in the 2000s, consider yourself lucky because you came at the same time as this classic! Amr Diab’s Tamally Ma’ak wasn’t just a catchy hit; it literally changed the game in Egyptian music AND fashion. After all, who doesn’t remember that iconic sweater?