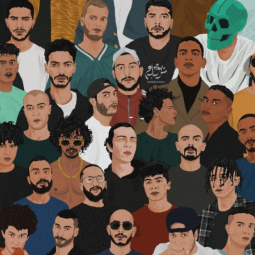 Getting more famous by the second, the Egyptian rap scene has heaps of talented rappers and producers. But did you know that some of these rappers also produce while some of the producers rap? If you didn’t, check this article out and allow us to show how talented these guys are!

Now, you might know some of them, but we still think that we should highlight these talented people and their skills right here!

You might already know that rapper Marwan Moussa is a great producer, but this still won’t stop us from discussing just how skilled he is! Still giving us cool hits to jam to, Marwan produces a lot of hits for himself, Afroto, and other members of Ra2s Mal. He even produced for Abyusif once upon a time! When it comes to rap, Abyusif certainly doesn’t disappoint. However, he’s never disappointed us in terms of producing music either! A full-fledged rapper and producer, Abyusif actually produces of many of his own classics! We only hear about Lil Baba when our other favourite rappers say his name in a track he produced, but apparently, Lil Baba raps as well! In fact, he has a whole album that came out three months ago, and you should totally check it out. Surprised? Don’t be! Producer Wezza Montasser also raps and has some bars you’ll need to listen to. Although you usually hear about him when he’s mentioned by Afroto or Wegz, Wezza is skilled on both sides of the game. A rapper and producer with excellent work on both sides of the rap game, El Dab3 has serious talent that we can’t argue with. He’s worked with great rappers and even produced great music for them, though you probably had no idea he already rapped…and looks very cool doing it.