Captured Through Tweets: “Where Is Messi?” Trend Takes a Comical Turn 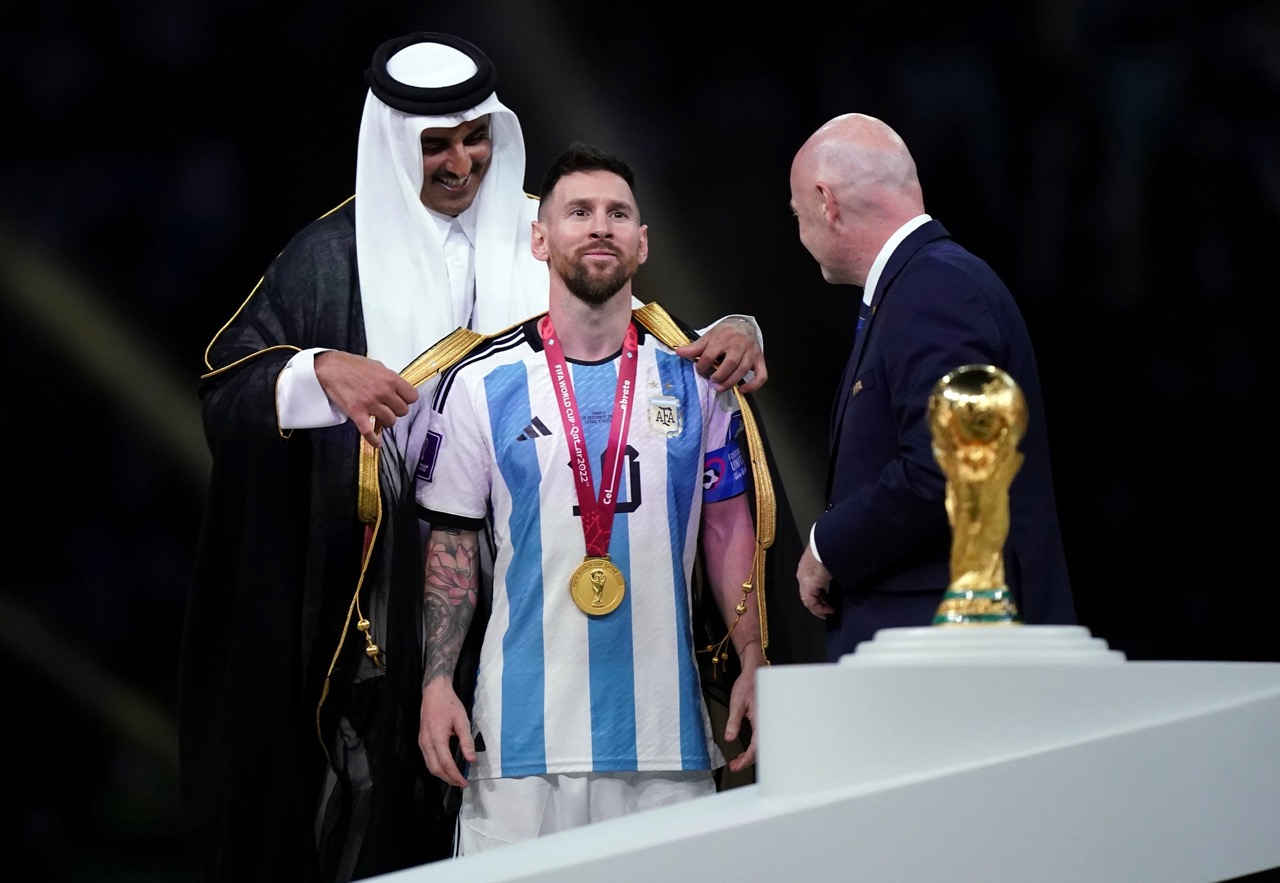 At the beginning of the World Cup, no one expected Argentina’s glorious win, especially the Saudis, who had valid reasons for that! In their first match-up, Argentina was defeated by Saudi Arabia’s national team, making the latter’s fans a little arrogant. They appeared on reporters’ cameras mockingly asking, “where is Messi?” who couldn’t save his team from the loss. We get where this ridicule comes from, as this was the nation’s first win against a reputable team with a legendary player like Messi!

But, surprising many, Argentina’s national team was crowned as Qatar’s World Cup victor, and Messi proudly celebrated, wearing the Arab’s cultural bisht gown. Saudis may not be the happiest with the result, but they sure made jokes about it. 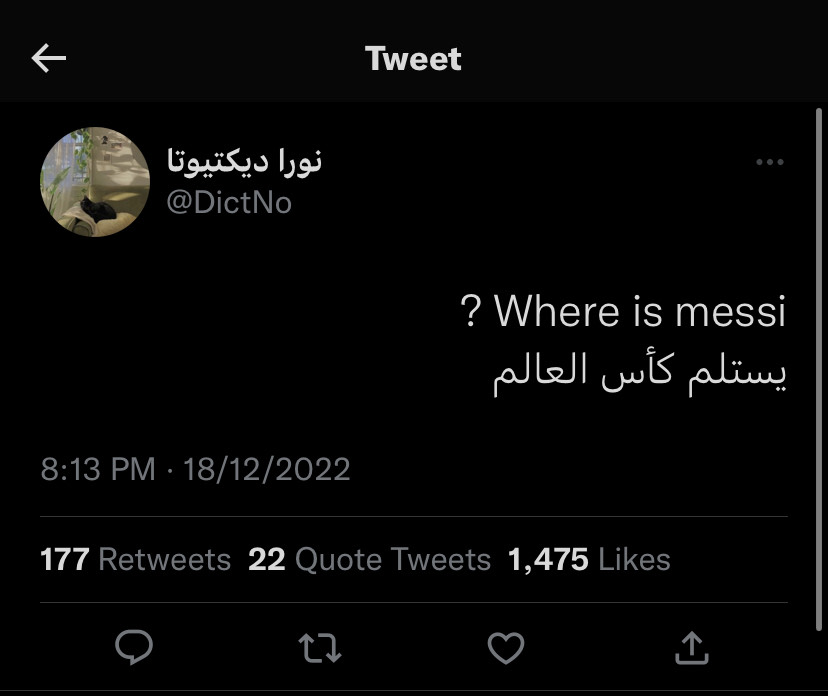 A Twitter user poked fun at the “Where is Messi?” trend right after the big win. She tweeted an answer to the figurative question that he is busy receiving the World Cup. Hilariously, a Saudi user replied that the initial fans who asked the question were inquiring where he was so they could give him the Cup! This cynical reply was unexpected and really had us laughing.

Many other Saudis agreed and said similar things. However, one Saudi user replied that Argentina should split the Cup in half with the Saudi team since their team was the only one to defeat Argentina during the competition. We think it’s fair that they get a reward for defeating such capable players and the legend of football!