Captured Through Tweets: Movies That Highly Disturbed Us at a Young Age 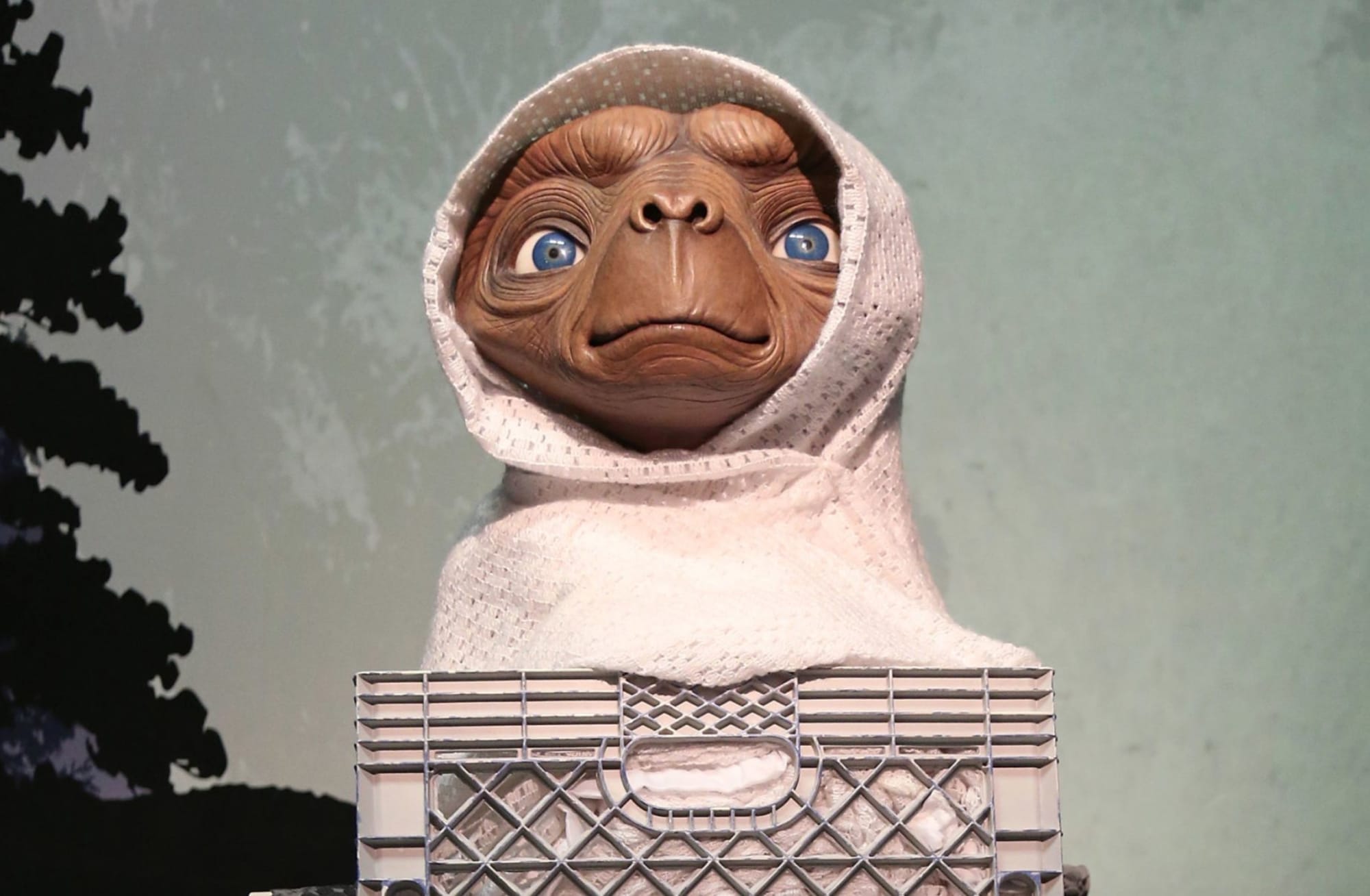 via Winter Is Coming

Growing up, we all watched movies that disturbed us and left our heads spinning. They didn’t necessarily have to be horror movies; some had unsettling psychological concepts or were simply poorly made. Of course, people perceive movies differently; a kid can watch Toy Story and fall in love with the animated talking toys, while another can be terrified by the very same concept! However, some movies, Egyptian and international, had the same effect on almost all of us. 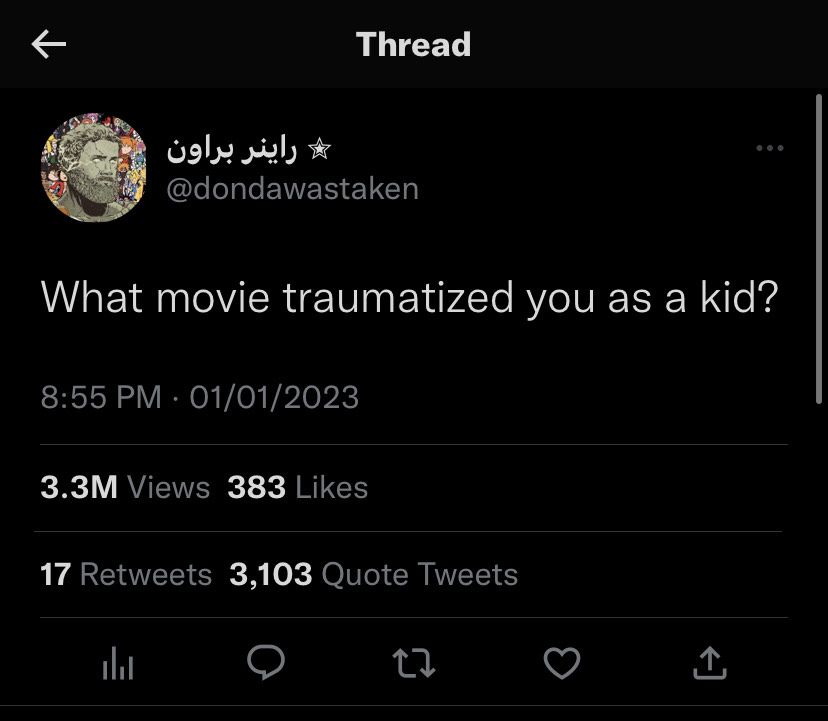 With that being so, a Twitter user asked the public what movies traumatised them as kids, and hundreds of Egyptians replied with some disturbing movies. Of course, horror movies are never a good idea for kids, but most still went ahead and watched them. Let us share with you some of the common answers as well as the unusual ones. 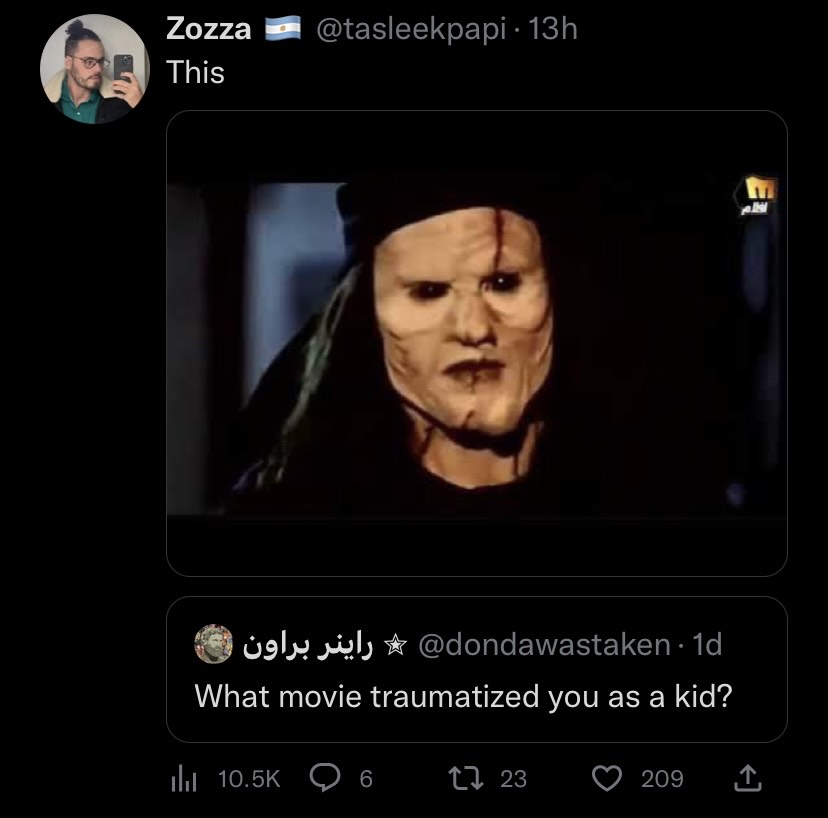 Many agreed that the Egyptian horror movie Camp was highly disturbing, mainly because of its low-quality scares. Camp is about a serial killer who is after a group of friends on vacation in an abandoned hotel. We understand it was 2008, but the killer’s makeup, jump-scare attempts, and dialogue were incredibly tacky to the point where it was unsettling! 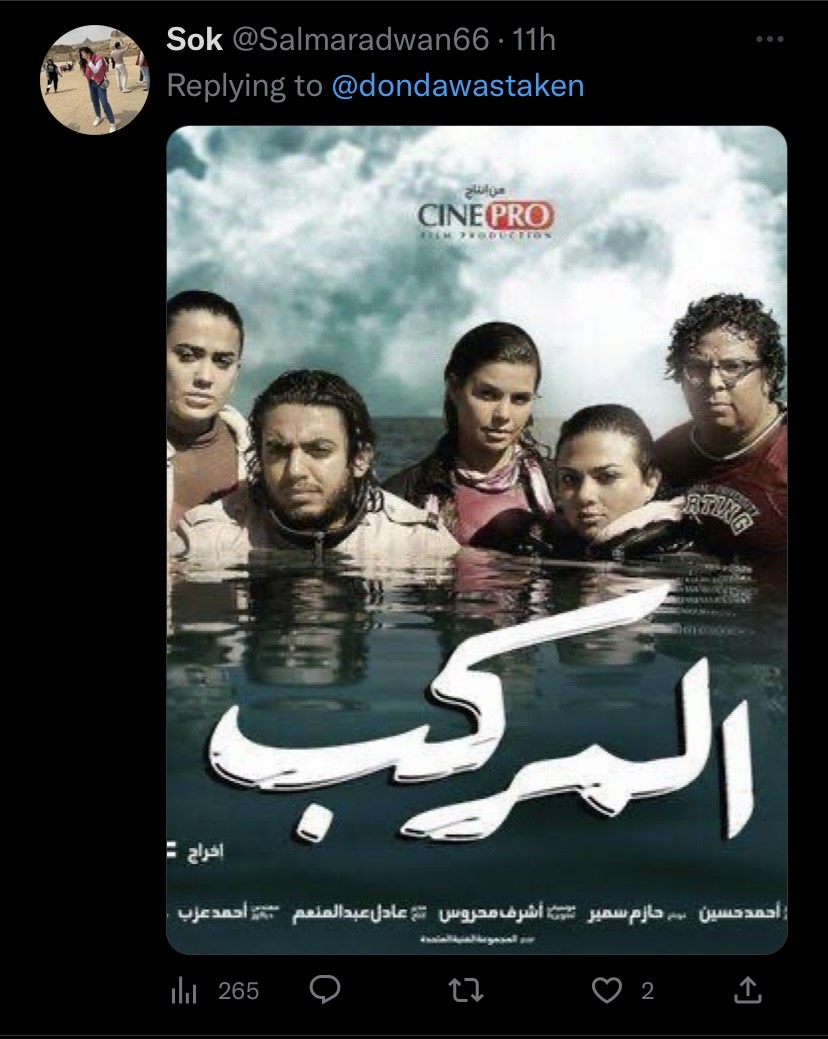 Another famous Egyptian movie is El-Markeb, which we all watched multiple times on Rotana Cinema and other TV channels. The movie revolves around a group of friends, all hiding secrets, who go on a boat trip that ends with some dying or returning home with trauma. The movie is categorised as a drama piece, but it’s definitely a horror, especially for those who like to go on boat trips! 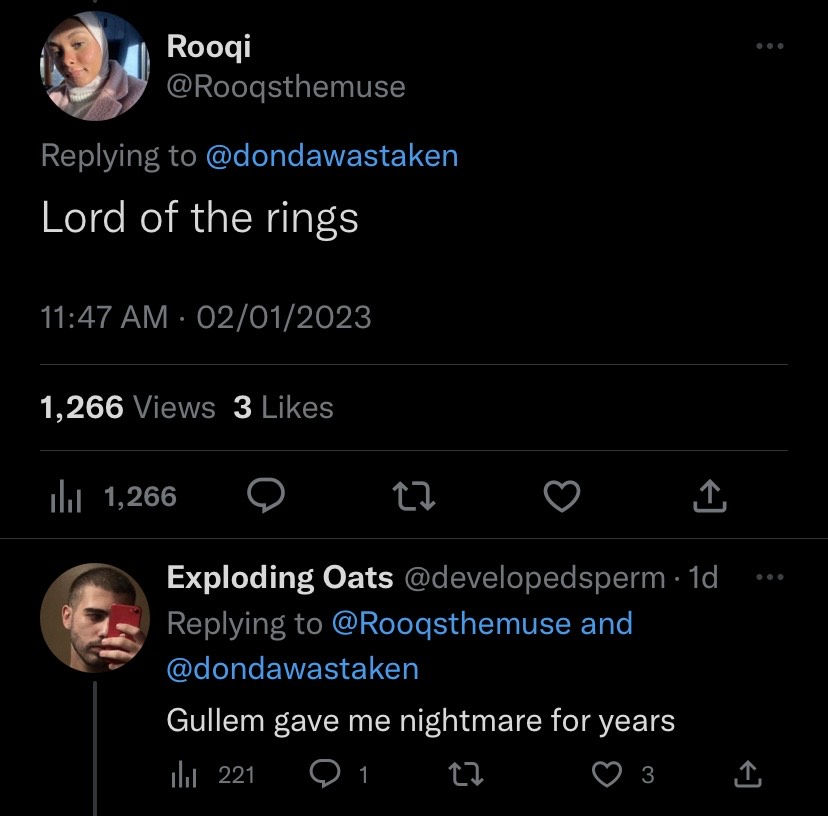 Many others replied with pure-horror movies, like The Ring, The Exorcist, Chucky, and The House That Eats Flesh. On the other hand, one user replied that Lord of the Rings scared them, and others agreed that Gollem was indeed creepy and mentioned some of the movie’s undoubtedly disturbing scenes!