Captured Through Tweets: How Many Wedding Rings Does Someone With Multiple Wives Wear? 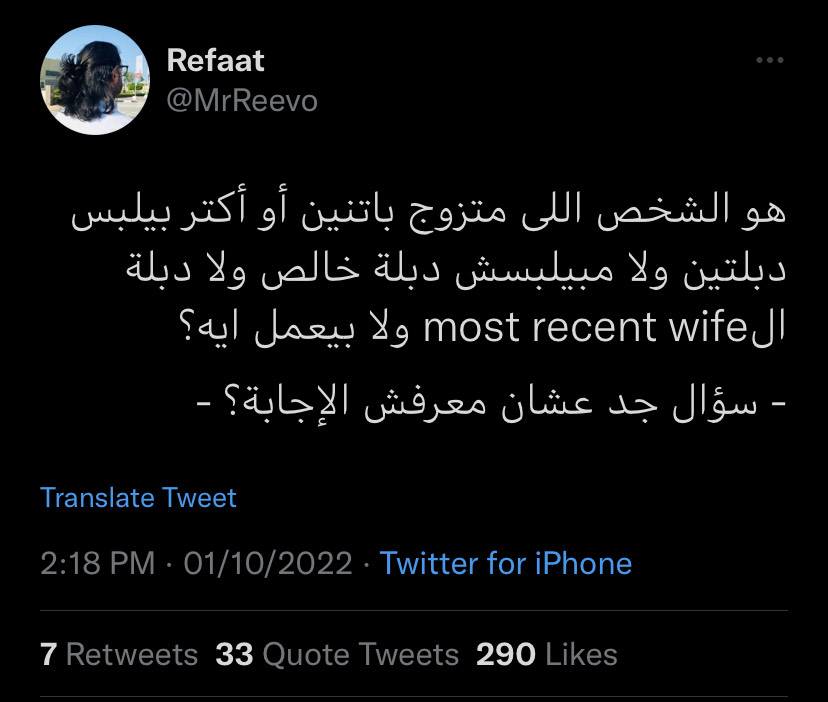 The topic of multiple wives has always sparked many questions in Egypt, with some being religiously answered by sheikhs and some not. We come to you today with an unusual question that has nothing to do with religion but more to do with accessorising: How many wedding rings is a man with multiple wives expected to wear? This question was first posed to us on Twitter and has had us thinking about it since. Let us share the Tweet and its replies attempting to answer the unique inquiry with you.

One person jokingly answered that a man should wear one ring with two to three dashes across it that signal how many women he is married to at the moment. The same person noted that if a man has four wives, however, then the ring should just have a star on it! We think that’s a more than plausible solution to the dilemma.

When we hear the concept of multiple marriages, our reference from Egyptian media is surely none other than the famous Egyptian series “El-Hag Metwali’s Family”. Someone mentioned that the main character of the series, Metwali, married to four wives, would wear four rings atop each other throughout the show. Of course, we think it’s bizarre to consider doing that uncynically in real life! How uncomfortable would that be?

A more serious response to the Tweet was from a girl who stated that if a man has two or more wives, the least of his problems should be wedding rings. She commented that if a man is charismatic or clever enough to get more than one woman to love and marry him, a ring is no problem—he can handle anything!