Captured Through Tweets: Are GIFs Still Cool Replies to Texts? 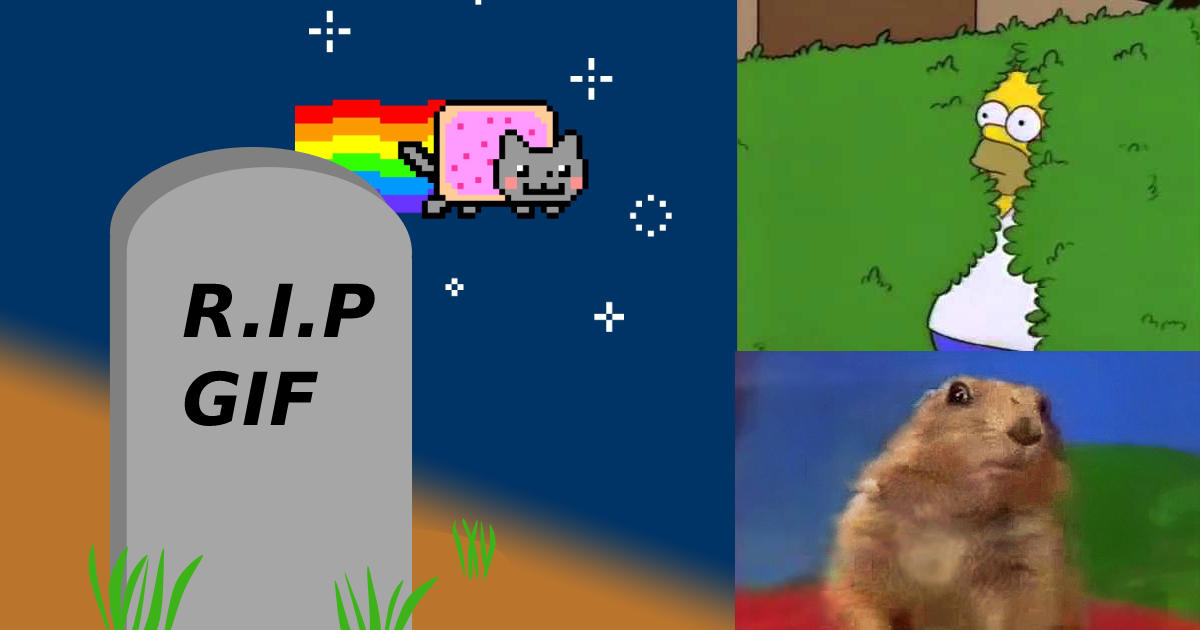 Trends come and go, with people deciding what’s hot and what’s no longer cool at the swiftness of a post. On top of that, many run with the FOMO and care about keeping up with social media trends, including texting trends.

For a while, people were big on using Memojis and customised stickers, but this trend quickly disappeared. Now on Twitter, young Egyptians are uncertain of the stance of GIFs in the chatting scene; Are they still cool, or have they turned lame? Check out this Tweet and its replies to see what people think! 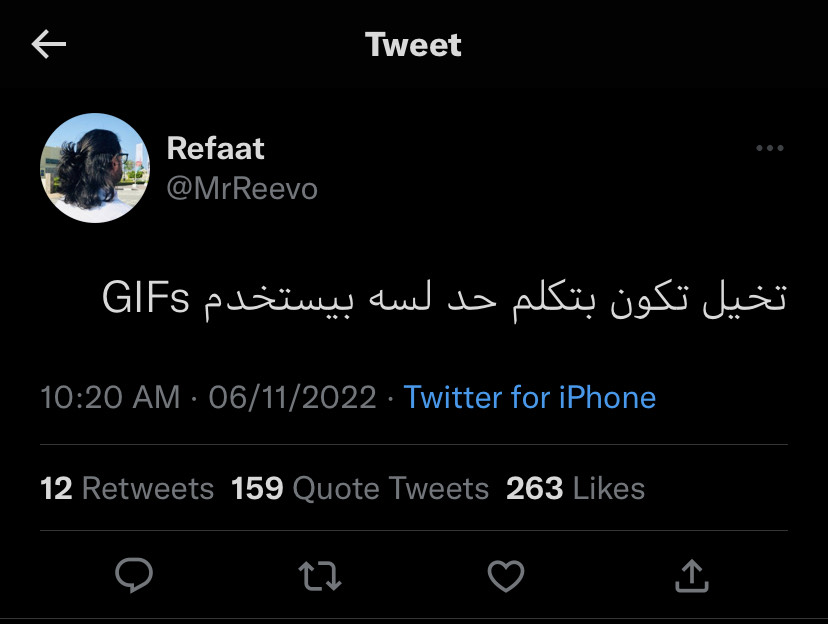 The conversation started when a Twitter user sparked controversy by asking people to imagine speaking with someone who still uses GIFs. The cheeky tone of the tweet indicates how dull the animated messages are to him. While most folks on Twitter expressed shock that GIFs are now considered out of date, others agreed that the short and animated footages make them uncomfortable.

One user specified that GIFs are cool to use on Twitter but are weird for WhatsApp. With multiple likes for her reply, we believe some share this opinion about the acceptable platforms on which one can use GIFs. But we still don’t know where these users stand on the usage of GIFs on other social media platforms! 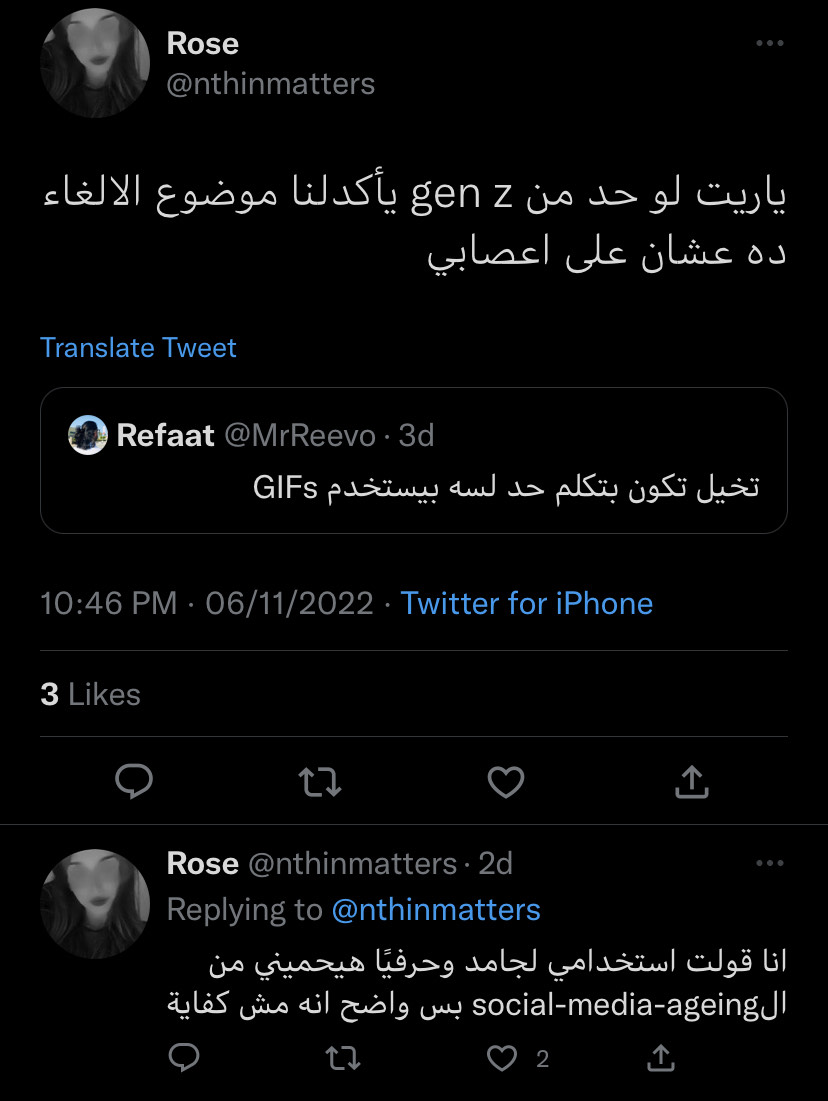 As many GIF enthusiasts were freaking out over the animated messages’ expiration, someone jokingly quoted the tweet to suggest that people check with someone from Gen-Z if GIFs are ruled out. Who would’ve expected that someone from Gen-Z would reply to say that they are indeed cancelled? Cynical or not, we don’t know!