Captured Through Tweets: An Awkward Moment At A Public Restroom! 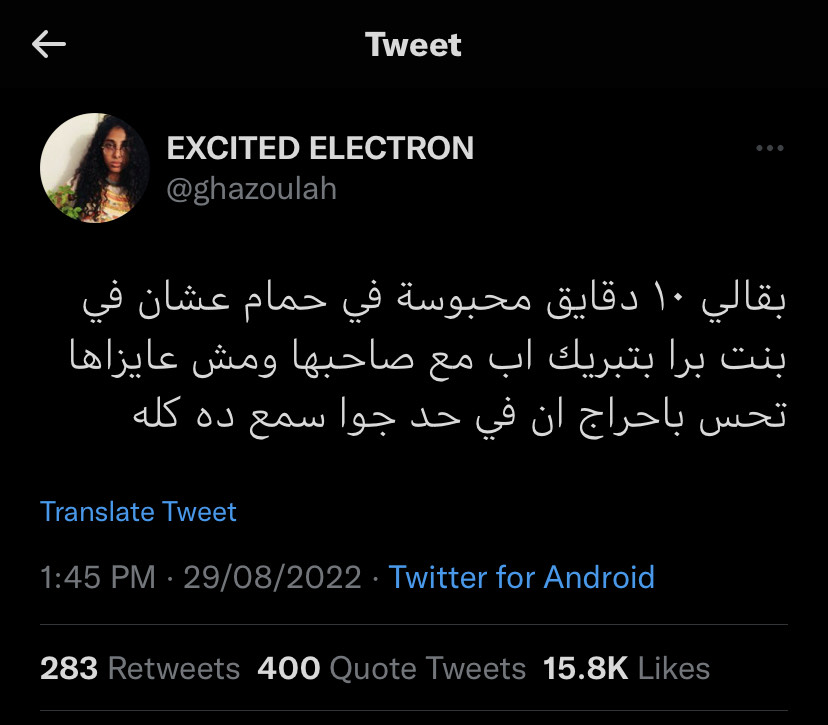 Sometimes when you’re in a public place, you’ll need to make a sensitive phone call even if you don’t know where to hide from eavesdroppers and other nosy people! That’s why some individuals decide to hit the restroom for privacy, especially if the call might get emotional and there’s a risk of tears. Honestly, it sounds like a plausible option, but what if someone is already inside? Wouldn’t it be even more awkward for the person listening to this private conversation? It sure would!

So, a case in point, an Egyptian Twitter girl tweeted that she was in a restroom stall when she overheard a girl breaking up with her boyfriend just right outside the door. With restrooms being quiet and relatively small, she stayed inside for 10 minutes because she didn’t want the girl to feel embarrassed that someone heard her intimate call! Someone replied to her that, to avoid awkwardness, she should’ve worn headphones and come out of the stall whistling. It is a brilliant idea, but what if she didn’t have headphones on her? We guess we have to go to restrooms fully equipped from now on!

On the other hand, another Twitter user replied she should’ve gone out anyway because 10 minutes is a bit longer than usual for a break-up call and the couple will definitely make up! An interesting point of view, right? Two more people argued, though, with one replying that she should’ve gone out and hugged her for support, while another thought that it would be really weird if someone just hugged her out of nowhere in a restroom! Frankly, we agree with the latter.